Canale Giudecca is a canal that separates the island of the same name from the heart of the city. The name comes from two different sources: Giudecca can be interpreted as the island of Justice or the Jewish island. Today, the island is the most luxurious hotel in the city: Hotel Hilton., where one night the president’s apartment could set your back up to in 13,000 €/night.

The canal is, of course, named after the island, which separates it from the city centre. Today the island is inhabited by exclusive apartments, palaces and villas. The most important villas are Palazzo Vendramin, Palazzo Dandolo and Palazzo Barbaro Nani. The island also has a manofacture of Venetian gondolas.

On the island, the church built 2 monasteries: Zitelle and le Convertite, and the island was founded by the Philosophical Academy, theConvinto dei Nobili, a vineyard of vines, where Venetian citizens could escape from the narrow streets and enjoy the fresh air. 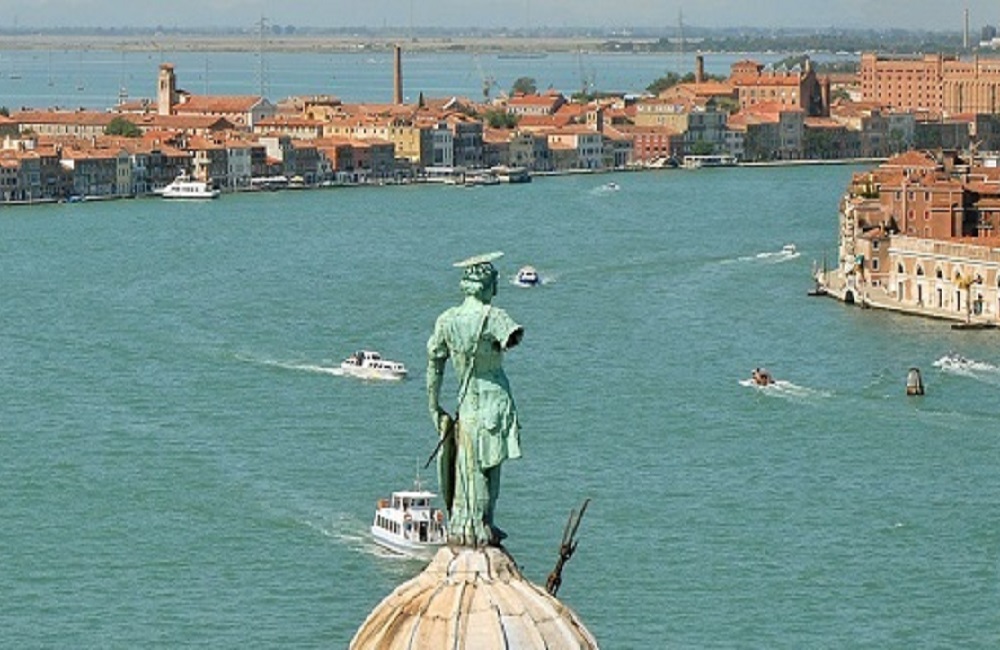 The island’s important churches
– Il Redentore (savior), the work of the architect Palladio. The church was built in the 16th century. In the 19th century, as a thank you for the end of the plague. A pontoon bridge is built once a year between this church and the Church of Santa Maria della Salute and celebrates the feast of Il Redentore.
– Church of Santa Maria della Presentazione na Zitelli, the work of the archeite Palladio. The church does not have any important works of art inside.